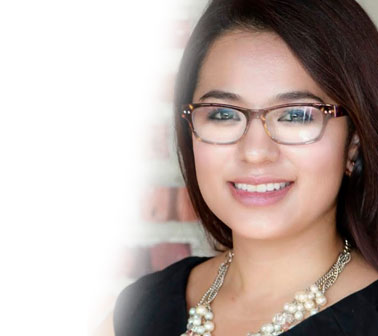 Cristina Pinzon is the president and founder of Stateside Affairs. She brings more than 15 years of media and government experience, having worked for several high-profile organizations including the State of New Jersey, NBC, News 12 and United Way.

Cristina has championed a diverse array of issues using creative marketing solutions, strategic thinking, and effective problem-solving skills. Based on her prior experience as a journalist and a government official, Cristina is uniquely positioned in both public-private sectors, bringing added value to her work. In addition to her professional career, Cristina has held various senior positions for political campaigns across the State of New Jersey, several of which won by historical margins.

Most recently, Cristina’s firm has been recognized for its work with the Phil Murphy for Governor campaign, the State Democratic Committee, the City of Elizabeth, the State of New York, and the Orange Housing Authority. Cristina used her strong ties to the Latino community to help propel Murphy into the governorship. During Murphy’s successful campaign for governor, Cristina managed and oversaw Spanish language media strategy, including the campaign’s media buy for digital, radio, TV and print platforms. As a result, a historic number of Latinos turned out to vote.

In 2012, Cristina worked as the campaign manager and political consultant for the re-election of Elizabeth Mayor Chris Bollwage and the City Council, helping them win by a 3:1 margin. During that same election cycle, she served as the Latino outreach director in Union County for the NJ Democratic State Committee.

Cristina is a former commissioner and chairperson for the Elizabeth Housing Authority, where she worked to ensure low-and middle-income families have quality and safe affordable housing. She is also a former board member and advocacy chair for the Young Women’s Christian Association of Union County (YWCA-UC), an internationally known non-profit domestic violence agency which provides emergency shelter to women and children who are victims of abuse.

In 2017, Cristina was recognized by Univision 41 and named Insider NJ’s Top 100 Millennials. She is also an alumna of Emerge New Jersey, a premiere political training organization for Democratic women in the state. Currently, Cristina serves as an executive board member and public relations secretary for the Latinas United for Political Empowerment (LUPE-PAC), a non-partisan political action committee whose mission is to increase the number of Latinas in elected and appointed office.

In 2018, Cristina was recognized by Make the Road New Jersey’s as a Comunidad, Dignidad & Poder leader in immigration advocacy. She also recently received an award by the Boy Scouts of America at their 2019 Tribute to Women’s Award.

In 2019, Cristina was honored to join the executive board of the Statewide Hispanic Chamber of Commerce. The chamber is the voice of the more than 120,000 Latino businesses that contribute more than $20 billion to the New Jersey economy. It is also ranked as the number one chamber in State of New Jersey by NJBiz.

Cristina holds a bachelor’s degree with honors in broadcast journalism with a concentration in political science from Montclair State University. She is certified from Rutgers State University in Public Housing Section 8 Management and Assessment, Tenant Based Assistance, Financial Issues and Procedures, and Ethics.