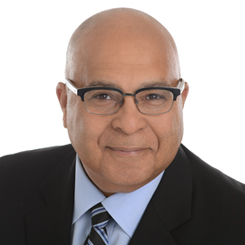 Mr. Smith previously served as director of public affairs for Black Enterprise Magazine where he functioned as chief strategist on matters of public and corporate relations. He was also responsible for media relations and special events, and he directed major publicity campaigns for the magazine’s special issues including the annual “B.E. 100’s” issues.

Mr. Smith earned his Bachelor of Arts Degree in Mass Media Arts from Hampton University in 1974.

Mr. Smith is a lifelong resident of Montclair where he resides with his wife, Quinta. Their son, Justin, resides in Atlanta, Georgia.