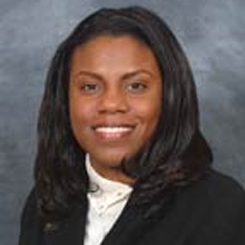 Prior to joining Verizon, Ava-Marie was the Senior Regulatory Counsel for Vonage. In this role she was responsible for Vonage’s compliance with Federal regulations related to CALEA, Universal Service Fund, E-911, CPNI, and Disability access. Ava-Marie was also instrumental in Vonage’s federal and state legislative initiatives aimed at securing regulatory parity for VoIP providers.

Before Vonage, Ava-Marie worked at Verizon Wireless as a government contracts attorney responsible for drafting and negotiating federal, state, and local government contracts. Prior to Verizon Wireless, Ava-Marie served for more than four years as an Assistant Deputy Ratepayer Advocate with the New Jersey Rate Counsel’s office. In this role she handled telecommunications and cable matters for the Rate Counsel before the New Jersey Board of Public Utilities, Office of Administrative Law, and Federal Communications Commission, Superior Court of New Jersey-Appellate Division; and Court of Appeals for the Third Circuit.

Ava-Marie holds a Bachelor of Arts in Political Science from Emory University in Atlanta, and a Juris Doctor from the University of Maryland School of Law in Baltimore. She is admitted to practice law in New Jersey and New York. Ava-Marie is also a 2010 Lead New Jersey Fellow and serves on the boards of the Community Health Law Project and American Conference on Diversity.